Another profile, another set of believers in the phenom pitcher.
By Derek Grimes@SunnyD1988 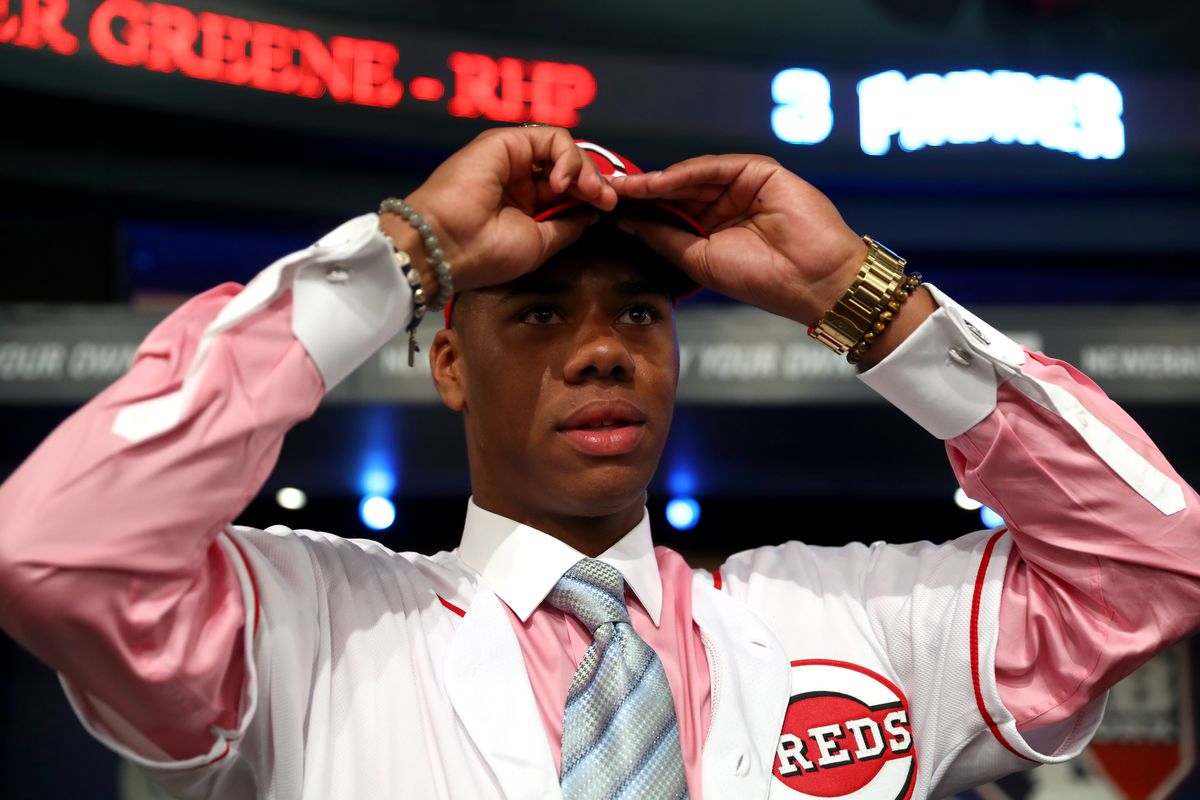 There’s been a lot written about the future, and the past, of the Reds 2017 first round draft pick Hunter Greene. And pretty much all of it has been glowing reviews about the young man’s game, talent, and personal makeup, exuding a confidence and presence that many agree are decades beyond his years.

And then you read Tim Brown’s piece about Greene over at Yahoo Sports, and those points are reinforced all over again.

Just 18 years old in August, Greene has played in only 10 professional games at Rookie League Billings, and thrown only four innings on a professional mound. Still, when the sensational young prospect (#18 over at MLBPipeline) decides to conduct a clinic back in his hometown in Southern California, baseball takes note.

Brown’s piece has all of the details and is absolutely worth the read. I don’t typically get enamored with talk about “intangibles” in baseball. But every time I read something new about Greene, it’s obvious that the kid has “It,” whatever “It” is. We’ll finally get our first true look at Greene’s game this coming season, and who knows if all those prophecies about “The Next Best Thing” will ever come true. They almost always don’t.

But if Hunter Greene’s Arm lights up the scene like Hunter Greene The Person does, baseball fans are truly in for something special.

We're not around right now. But you can send us an email and we'll get back to you, asap.

0
This is POP UP body content where you can setup anything from admin settings. Enjoy this boundless joy !!!
The Artist